Why are Japan's female cabinet members so conservative? 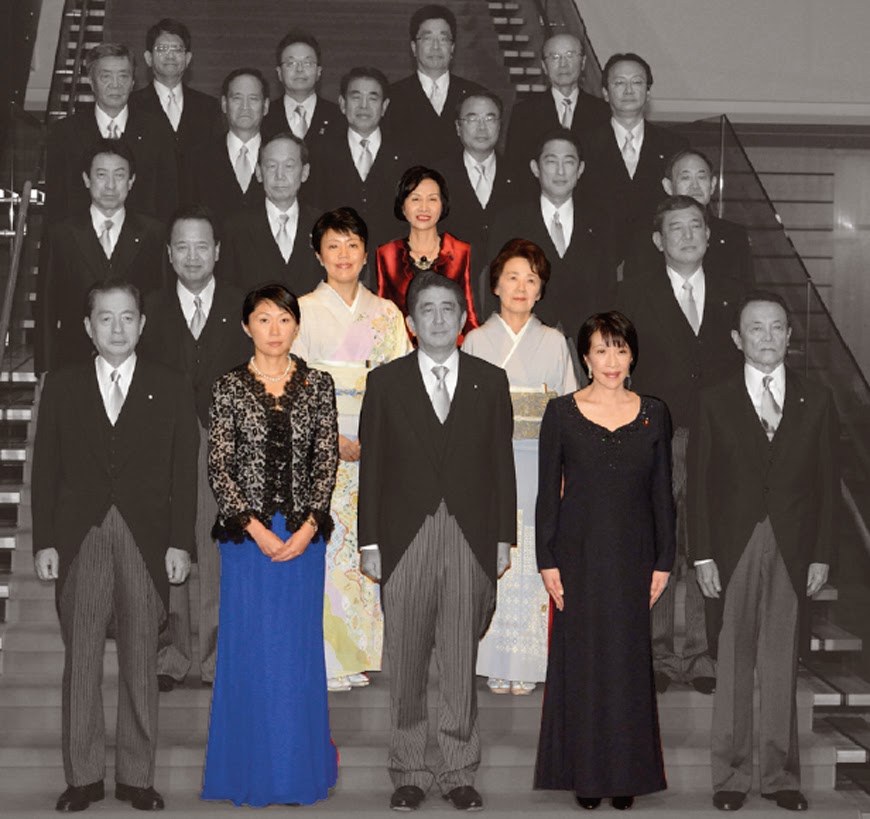 The five women ABE Shinzo selected for his Cabinet on September 3rd are not evidence of women's advancement in Japanese society, as SHIRAI Satoshi (白井 聡) argues in GQ Japan. Instead, they are indicative of how fundamentally patriarchal Japanese society remains.


The extreme right views of these women are reflections--indeed, amplifications--of the Nippon no ossan (ニッポンのオッサン) worldview that defines Japanese cultural and social norms. Nippon no ossan is a derogatory term meaning "Japanese Old Man" and connotes a traditional patriarchal perspective.

The female ministers' ascension to power in Japan is not the result of their breaking down barriers. Rather, it is the result of their becoming caricatures of the Japanese ossan's ideal woman. Further, they distinguish themselves as being the most outspoken defenders of traditional and retrogressive views. As an embodiment of the patriarchal ossan worldview, they remind us that feminism requires more than the mere presence of women in a male-dominated world. It requires the overthrow of the basic social values and worldview that privilege the male perspective.


As you might easily guess, the proportion of Japan’s female parliament members is the lowest among the developed nations, making the surest means for women politicians to advance is to conform to the “Nippon Ossan” value system and worldview that has its grip on the center of power. That is, as often happens among minority group members, excessive conformity to the majority appears. In other words, the women’s extreme right views are nothing other than the result of conforming to the average value system of an overwhelmingly Ossan-centered society. So as the Hate Speech Incident in the Tokyo City Assembly this June made clear, in the world of parliamentary politics offensive behavior toward women that violates human rights is permitted in practice (as proven by the absence of any serious punishment for any Ossan), and the appearance of excessive conformity is inevitable.