Scholars adamant that Yoshida memoirs had no influence in US 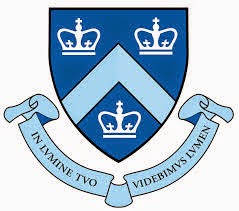 On September 11th, the centrist Japanese newspaper Mainichi Shimbun published an article that connected international condemnation of Japan’s Comfort Women system to a discredited memoir. The Mainichi article provides extensive information on the dismissal of accounts by former Imperial Army soldier Seiji YOSHIDA that he abducted Korean women to become prostitutes for the Japanese military.  However, the article also implies strongly that Yoshida's original claim was an important source of Western misunderstanding of the Comfort Women system. 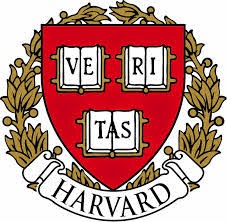 This implied conclusion contradicts what Mainichi reporters were told by those involved in the process that culminated in the passage of the 2007 Comfort Women resolution. 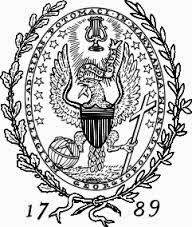 Reporters spoke to Dennis Halpin who in 2006 was the senior policy Asia staffer to Congressman Henry Hyde (R-IL), Chairman of House International Relations Committee (HIRC). In 2006, Congressman Hyde shepherded through the Committee H. Res. 759, which was the precursor of the 2007 Comfort Women Resolution, H. Res. 121. The 2006 resolution was approved by the Committee via unanimous consent on September 13, 2006,  Mr. Halpin held a similar staff position in 2007 to Congresswoman Ileana Ros-Lehtinen (R-FL) who was the Ranking Member of the House Foreign Affairs Committee (name changed from HIRC in 2007). The Committee passed its Comfort Women resolution, H. Res. 121, on June 26, 2007 and the Resolution passed the House of Representative by unanimous consent on July 30, 2007.

Reporters also spoke to Mindy Kotler of Asia Policy Point who worked with Congressional staff to help them draft and defend both the 2006 and 2007 Comfort Women resolutions; George Washington University Professor Mike Mochizuki who was part of a team of American, Australian and Japanese scholars who advised members of congress on issues regarding Comfort Women and Japanese politics; and Larry Niksch who as a senior Congressional Research Service (CRS) staffer prepared memos for members of congress in 2006 (April 10) and 2007 (April 3) regarding the Comfort Women issue.

Hours of interviews by Mainichi journalists resulted in one sentence: “A document explaining the comfort women system to congressmen, which was attached to the draft resolution, also mentions Yoshida's book.” After corrections from several of us, the Mainichi revised the English to read: “At one point a memorandum issued explaining the comfort women system to Congress members also mentioned Yoshida's book.” There does not appear any notation on the current article that there was a revision. Either way, this sentence suggests that the 2006 memorandum written by Dr. Niksch was influenced by the Yoshida memoir and Asahi reporting and, by implication, proving that these reports shaped the thinking of members of the U.S. Congress.  In fact, the original Mainichi article in Japanese misleadingly makes an even more direct link between the 2006 CRS memorandum and the House resolution on comfort women. [この決議案の議員説明用の資料にも途中段階で吉田氏の著書が出てくる。A literal translation of the Mainichi reference would be something like this: “Even in an explanatory document for members of Congress regarding this resolution, [a reference to] Yoshida’s book appears in the middle [of this document].”]

All of us were astonished.

We had unequivocally told the reporters that the Yoshida memoir and Asahi’s reporting of it were not factors in the consideration, drafting, or defense of the H. Res 121 or H. Res 759 (2006).  Mindy Kotler informed the Mainichi reporter that she and the academic advising team made a concerted effort not to reference or even review publications that were controversial to Japanese historical revisionists, such as the George Hicks’ 1994 book The Comfort Women and the 1996 UN Report of the Special Rapporteur on Violence Against Women, Its Causes and Consequences [the Coomaraswamy Report].

We emphasized that one discredited source would not form the basis of research for Congress. There was ample documentary and testimonial evidence from across the Indo-Pacific region to support the fact that Imperial Japan organized and managed a system of sexual slavery for its military as well as for its colonial officials, businessmen and overseas workers. Furthermore, outside of the formal government-sponsored trafficking of women, it was well-documented that Imperial Japan’s armed forces used rape and sexual slavery to intimidate and subjugate local populations.

The Mainichi reporters focused on a 2006 memorandum that Dr. Niksch wrote in response to questions from some members of congress where he did note the Yoshida account. No specific member of congress requested this memo.  The Asian Women’s Fund’s website has a link to a version of this 2006 memo (It is without the official CRS logo in the upper left corner). The website does not, however, have a link to Dr. Niksch’s 2007 Memorandum on the Comfort Women where he drops any reference to Yoshida’s discredited memoir and lists other facts and numerous documents supporting the existence of a government-sponsored Comfort Women system. Dr. Niksch did give a Mainichi reporter a copy of the 2007 memorandum (which can also be found on the Internet).

We are thus disappointed by Mainichi's limited reporting. The newspaper needs to examine and report all the facts and evidence, which will refute the view of the Japanese history revisionists and the Abe Administration* that the Yoshida memoir, as reported by the Asahi Shimbun, colored all understanding of the comfort women tragedy.

This is simply not true.

We are further troubled that the Abe Administration appears to adhere to this view. The Prime Minister and his Chief Cabinet spokesmen have started calling on the Asahi to correct the record. Most recently, in September 17th press conference, Deputy Chief Cabinet Secretary Katsunobu KATO said that the Asahi Shimbun needed to makes efforts to correct the false impression caused by its reporting on so-called comfort women that were carried in the paper. “We hope” he said “The Asahi Shimbun will make efforts to dispel the impact of the reports based on erroneous information.”

We are also concerned that the focus of reporting is on Korea as the source for Comfort Women. Koreans and Taiwanese may have been the source of the greatest number of formally trafficked women. However, it is likely that the greater majority of those forced into sexual slavery were girls and boys across the Indo-Pacific region—including Europeans some of who have testified publicly—who were acquired through opportunity.

We hope that the Mainichi Shimbun will do a follow-up article better reflecting our interviews and the extensive research and documentation presented by Dr. Niksch in his 2007 CRS memorandum.

*Whereas there are many statements by Abe and his cabinet members prior to December 12, 2012 condemning the Yoshida testimony, the newer, more official statements began to appear this month, September. SEE these examples:

REPORTER: I have a question regarding the issue of the recognition of history. Ms. Radhika Coomaraswamy of Sri Lanka, former Special Rapporteur on violence against women, who prepared the 1996 United Nations (UN) report in which she identified the former Japanese military’s use of “comfort women” as sexual slavery and advised the Government of Japan to apologize and pay compensation, sat down for an interview with us. In the interview, Ms. Coomaraswamy expressed that there was no need to revise the report. Can you please comment on behalf of the Japanese Government?

CHIEF CABINET SECRETARY SUGA: First of all, with regard to the Report of the Special Rapporteur, it is regrettable that the report did not take into account Japan’s basic position concerning this issue, as well as the efforts Japan has made to date. In our opinion, there is no mistake that parts of this report were influenced by the content of the articles which Asahi Shimbun recently retracted. Japan has not confirmed any objective sources proving “forceful recruitment.” Furthermore, at the recent meeting of the UN Human Rights Committee in Geneva, Japan noted that the reference to “sexual slavery” was inappropriate. Japan will continue to carefully explain its position to the international community, including to the UN.

However, it is the afternoon that is not translated that is more explicit and notes that no women, even in Indonesia, were forcibly recruited. SEE Memo on press conference.

On the September 14th Abe told the NHK, “The Asahi reported on Mr. Seiji Yoshida’s evidence as if it were true…Then the Asahi articles were carried around the world, including of course to South Korea, as if they were true.” JiJi press reporting of Abe Sept 14th comments regarding Asahi and Yoshida article.

More direct transcript of NHK interview: “It is true that as a result of Asahi’s reports, Japanese soldiers have been viewed as kidnappers who kidnapped [Korean] children to use as comfort women. It is also true that monuments condemning Japan [over the matter] have been built around the world. Asahi must explain patiently to the world that its reports were erroneous…. It is not easy to change fixed narratives once they have become prevalent and caused diplomatic problems.”
[See: 5'25" to 7'22", "Sunday Debate." 日曜討論]