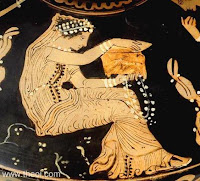 APP Member, Lester Tenney is in Japan this week leading the first group of American former POWs of Japan on a trip of remembrance and friendship. The Ministry of Foreign Affairs invited the men, their caregivers, and two descendants on a new program for American POWs.

Japan's Foreign Minister personally apologized to the POWs for their "inhumane treatment." This was a historic first. A Reuters video of Dr. Tenney describing his feelings about the apology and the humiliation he still felt because that the Japanese companies that used and abused the POWs have not apologized can be found HERE.

, followed by Q&A and a book signing. She examines Japan's largest fixed military prison camp where Mitsubishi's huge factory complex at Mukden, Manchuria operated with more than 2,000 American prisoners who were subjected to cold, starvation, beatings, and even medical experiments, while manufacturing parts for Zero fighter planes. Followed by a wreathlaying at the Navy Memorial for National POW/MIA Day.
at September 14, 2010