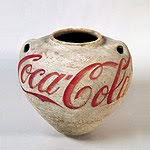 This week ends with one hearing and two programs on that status of US policy toward Asia.

Next Steps in Engaging the Asia-Pacific Region was the topic of Assistant Secretary of State for East Asian and Pacific Affairs Kurt Campbell's speech to the US Peace Institute on Wednesday, September 15th. You can watch the program HERE.