Ball's in Obama's court as China freezes out fair play 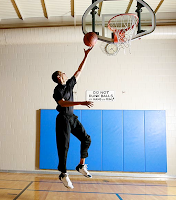 It is becoming clear that China doesn't want to play ball with Obama.
After a year of rapprochement under the Obama Administration, US-China relations are at a new low. It all looked so much more amiable last November with a state visit to Beijing and hopes of progress on trade issues, but the less-than-satisfactory Copenhagen Climate Change Conference in December displayed the true impasse that Obama faces in his second year.
Compromises – even on long-standing sources of tension – will not necessarily be returned in kind.

The Chinese New Year of 2009 began with Secretary of State Hillary Clinton optimistic of the two countries pulling together. Goodwill continued in the Treasury Department with the establishment and first round of the Strategic and Economic Dialogue. Energy Secretary Steven Chu announced plans for a US-China Clean Energy Research Center over the Summer, and Obama’s visit in November was marked by apparent progress on North Korea.
After there was preliminary agreement on the idea of backing a comprehensive plan to fight global warming, two weeks of stalled negotiations had led to no agreement. Chinese Premier Wen Jiabao was unable to make critical decisions on the final day of tense negotiations upon Obama’s arrival for the same reason Obama came out with the unambitious emissions targets of the House Waxman-Markey Bill: fear of non-approval back home. What followed, in a well-publicized account, was the Chinese delegation literally standing up the President.

In domino-style effect after this public embarrassment, Google threatened to pull out of China over Internet censorship prompting Clinton to deliver a resounding indictment of Beijing last week. Legislation in the House (H.R. 4504) introduced Tuesday by Rep. Bill Foster (D-IL) (a friend of Obama’s) calls for FCC to “restrict repressive Internet search providers.” Arms sales to Taiwan delayed since 2001 are reported to be finalized soon. And the Dalai Lama’s possible visit with Obama has Beijing on the defensive frantically resuming talks with the Tibetan leader’s representatives after a 15-month hiatus.

On the climate change front, earlier this month, in what was viewed as a conciliatory gesture towards the US and other parties upset at Copenhagen, China removed its vice foreign minister who stonewalled Obama as Wen was meeting with BRIC countries behind closed doors. However, following He Yafei’s “demotion” to the New York office, He (still a vice foreign minister) was still expounding on the global economy with Chinese news agencies on January 21. Su Wei, the lead climate change negotiator for China, appears to still be in place and is remaining quiet for the time being.
The end of January is the deadline for participating Copenhagen Accord countries to put forth their carbon emission targets. Thus, soon we will know China’s real commitment to global, cooperative climate policy. It is likely given their handling of the Copenhagen backlash that their policy will show no change.
The significant change, however, will be how other countries view China’s representations. Beijing’s obstructionist behavior at Copenhagen may invite repercussions at the upcoming climate change meeting this May in Bonn.
The question is how Obama will play this new game.