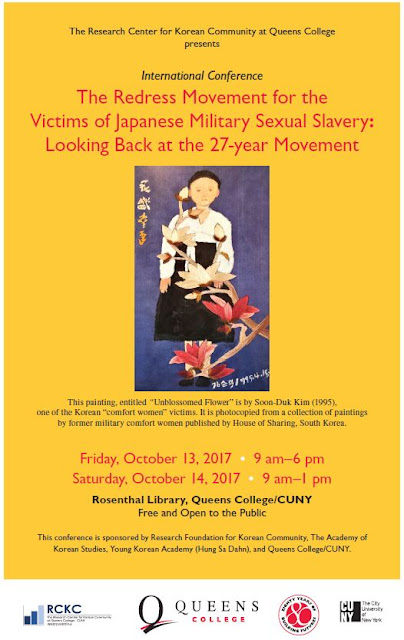 The Redress Movement for the Victims of Japanese Military Sexual Slavery

The forced mobilization of an estimated 80,000 to 200,000 women and girls in the Indo-Pacific to serve members of the Japanese military, colonial administrators, and businessmen during the Asia-Pacific War (1932-1945) was a brutal war crime. These victims of sexual slavery have been referred to as “comfort women,” a government designation to set apart these procured beings from prostitutes and other female entertainers in order to sanction trafficking them to military installations. The contemporary comfort women designation applies whether the victim was trafficked from one colony to another or detained briefly as a privilege of victory. The Japanese government has yet to make a sincere, unequivocal apology.

In 1990, a redress movement began in South Korea as an attempt to persuade the Japanese government to apologize for its past actions and to sufficiently compensate the surviving victims. This movement has received global support from governments and groups both in Asia and in the West.

The conference invites 18 well-known “comfort women” scholars and redress movement leaders from South Korea, Japan, and the United States to review the 27-year old movement and the Japanese government’s response.
at October 06, 2017