Asia and the threat of untethered nationalism 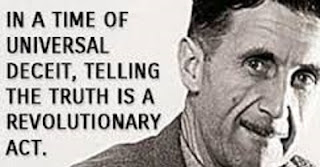 George Orwell famously commented that nationalism is one of the “worst enemies of peace,” feeding on grievance and insecurities, appealing to primordial instincts and unifying by invoking past traumas. Indian author Rabindranath Tagore also warned about this “great menace,” arguing that nationalism enables people to escape responsibility for their immoral actions. More recently, Haruki Murakami wrote that it is “like cheap alcohol. It gets you drunk after only a few shots and makes you hysterical. It makes you speak loudly and act rudely … but after your drunken rampage you are left with nothing but an awful headache the next morning.”

But it could be considerably worse than a throbbing hangover.

Is peace in Asia threatened by untethered nationalist sentiments? Nationalism is only one of many risks to peace in Asia and is probably not the main factor propelling the region toward the abyss of war. Nationalism is fairly robust across the region, but extrapolating from that to war is not as straightforward as it may seem.

As I wrote in Nationalism in Asia: A History Since 1945, my recently published monograph, there is a basis for cautious optimism that nationalism will not instigate war in Asia, with one caveat: Significant economic disruptions could unleash nationalistic demons that might derail peace. Of course, European diplomats — the so-called sleepwalkers — were similarly optimistic on the eve of World War I, when it was assumed naively that strong economic ties between Germany and Great Britain made war unthinkable, until the nightmare erupted.

Interstate peace has prevailed in Asia since 1979 — the Sino-Vietnamese border clash — because nations have prioritized economic development and improved living standards. But nationalism could become more dangerous as policy priorities shift and the consequences of globalization intensify — especially in conjunction with sovereignty disputes that are arousing nationalistic passions between rivals. While the risk of localized conflicts within the region cannot be dismissed, nationalism is unlikely to trigger a wider war, with one prominent exception.

The most dangerous flashpoints in Asia are in Kashmir, the Korean Peninsula and the East and South China Seas — these seas being where territorial disputes between China and its neighbors are amplified by regional hegemonic rivalry between the U.S. and China.

The volatile cauldron in Kashmir involves Indian, Pakistani and Kashmiri nationalisms in a region that has experienced three wars since 1947 and a massive Indian occupation involving some 500,000 troops. This presence alienates most Kashmiris and stokes separatist aspirations, while Pakistan’s opportunistic support for cross-border terrorism ratchets up nationalist tensions between nations with decidedly prickly relations. Here, nationalism could exact a huge price on both India and Pakistan, two nuclear-armed enemies. Even if war is averted, however, the deplorable situation in Kashmir is an awkward reminder to India of its shortcomings.

Pyongyang’s nuclear weapons program is a regime-survival strategy — one that is destabilizing the region by incrementally recasting the geostrategic landscape with each new test. North Korea’s hyper-nationalistic rhetoric and state failures distract from how adroitly the nuclear card is being played — various combinations of sticks and carrots have failed to curb the Kim dynasty’s quest for the bomb over the past two decades. While nationalistic passions run high throughout the Korean Peninsula, they are unlikely to ignite war. Miscalculations and mistakes by North or South Korea, and strategic rivalry between China and the U.S., are more likely to drive conflict than nationalism.
China is not building artificial islands in the South China Sea to appease grassroots nationalism.

Neither is it defying a recent ruling by the Permanent Court of Arbitration in favor of the Philippines over territorial claims because of hyper-nationalistic impulses. Strategic aspirations and policy choices are not driven by such sentiments even if they are sanctified by them. Certainly there is a rising tide of nationalism in Xi Jinping’s China, one that draws on a narrative of national humiliation and aspirations to restore the Middle Kingdom to its “proper place” atop Asia. Demonstrators and angry bloggers may revel in this self-righteous nationalism, but they don’t decide state policy; leaders make choices based on shrewd calculations of national interests, often in defiance of nationalistic fervor. Nationalism may complicate efforts to prevent a confrontation in the South China Sea (or over the Senkaku Islands in the East China Sea) from escalating, but would not preclude such a scenario if deemed necessary. The Chinese government has demonstrated its capacity to orchestrate demonstrations and stoke anger — and a matching ability to contain it. China’s leaders are not immune to the nationalist sentiments they stage-manage, but time and again they have stepped back and acted shrewdly rather than being swept along by popular fervor.

The greatest danger of nationalism is internal. Since 1979, Asia has enjoyed an absence of major conflicts between states despite some skirmishing and saber-rattling. In contrast, there has been a significant degree of nationalistic violence within borders. Domestic turmoil stirred up by nationalism is manifested in civil unrest, ethnic and sectarian conflict and secessionist insurgencies.

Internecine conflicts are endemic in Asia, including in China, India, Indonesia, Myanmar, the Philippines, Sri Lanka and Thailand. Mainstream nationalism in these diverse societies “others” minorities. It tends to be intolerant, challenging cultural, religious, ethnic and linguistic identities in ways that provoke a backlash that can escalate into communal clashes and insurgency. The security-first approach to dealing with such violence — relying on military and police operating with impunity — is counterproductive, throwing fuel on the fire.

Nationalism within is a menace because it sustains antipathies, sabotages reconciliation efforts and limits governments’ room for compromise. It does this while amplifying anxieties that undermine trust and cooperation between fellow citizens and accentuating divides between communities. Targeted communities that are marginalized, find their ambitions thwarted or endure the indignities of discrimination have good reasons not to buy into the mainstream and are open to alternatives, including violence.

So while the world worries about the possibility of irrational nationalism sparking war in Asia, domestic chauvinism is exacting a toll of blood and repression from Mindanao to Papua and Kashmir to Xinjiang.
at October 12, 2016