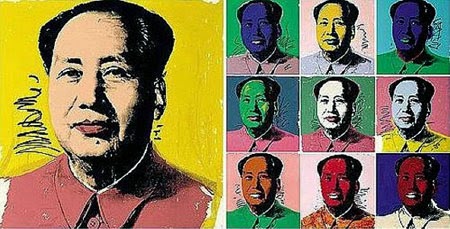 Why Xi Jinping’s Anti-Corruption Campaign Won’t Legitimize the CCP
Only improving the lot of China’s poor will ensure the ‘Mandate of Heaven.’

By Yuxin "Anthony" Zhang*
First published in The Diplomat, August 12, 2014

In July 2014, China’s former domestic security chief Zhou Yongkang was jailed on corruption charges, along with at least six other officials at the provincial and ministerial levels. Twenty-five officials at the bureau level are under investigation. So far, over 300 officials at the bureau level or higher have been removed from their positions, are under investigation, or have been sentenced to life in prison or death. The Chinese people are celebrating President Xi Jinping’s courage and determination to fight corruption. Yet Xi’s crusade failed to address some more fundamental problems. The ruling Chinese Communist Party (CCP)’s legitimacy will still be in jeopardy if Xi’s domestic policy fails.

Xi initiated his anti-corruption campaign shortly after the conclusion of the CCP’s 18th National Congress in November 2012. An online survey conducted by Xinhuanet during the conference revealed that “corruption” was among the top 10 issues of concern to the Chinese people. Xi took up the fight against corruption as a way to restore popular confidence in the government. He started with anti-corruption because, compared to issues like income distribution or social justice, it has an immediate and visible benefit for sustaining the regime. It is also a skillful means of adjusting to the hatred-for-the-rich mentality so popular among the Chinese public in recent years.

But Xi’s anti-corruption campaign overlooks the core of the problem. There is a gap between rich and poor, but he should have focused more on the latter. Making the rich less wealthy does not mean the lot of the poor is automatically improved. No matter how many officials are charged or how much of their wealth is confiscated, it does not significantly impact the Chinese people. The intrinsic problems – income distribution, social welfare, educational justice, high prices, medical reform, food safety – remain unsolved.

By shifting public attention from these domestic issues, Xi has become more anxious to make a show of strength in the foreign policy arena. The intensified South China Sea issue and the deterioration in Sino-Japanese relations have been playing their traditional role of fanning nationalism within China. Xi’s tighter control over the internet facilitates this strategy. In June and July, Google Scholar, LINE and Instagram were blocked. Meanwhile, a nationalist Japanese government has helped Xi, making the Chinese government and the Chinese people more cohesive than at any other time in the postwar period.

Some would argue that China’s economic performance could help Xi. He has consolidated China’s relations – both economic and political – with South Korea. President Park Geun-hye is also working hard to create a second “Hangang Miracle,” following in her father’s footsteps by taking advantage of China’s economic growth. So, an unofficial PRC-ROK alliance is forming, with the goal of creating a win-win situation for both economies. Xi has been pushing for the conclusion of a free trade agreement with the ROK and the European Union, as well as rebuilding the Silk Road with Central Asia. His Pan-Asia railway project was welcomed in Thailand, Malaysia and Singapore. Xi’s state visit to Latin America will also expand mutual trade and investment. The Chinese people may believe that they will be the beneficiaries of all these initiatives. However, this is not true.

Economic success will not ensure the CCP’s legitimacy because it does not guarantee equitable income distribution and affordable prices. These problems are not linked so much to China’s economic performance as they are to its political institutions. A thriving economy might continues to enrich those who are already wealthy, who represent a tiny portion of the population, while doing little to benefit the broader population. Hence the rising number of protests and demonstrations against the government even as the country‘s economy has surged over past decade. The Chinese people are showing signs of discontent.

To win full legitimacy, Xi needs to go beyond removing high-level officials and devote more attention to domestic policies and political reforms. Toppling powerful figures might be effective in the short term, but it will not address the true concerns of the Chinese people.

*Yuxin Zhang was a summer research intern from University of Southern California at Asia Policy Point, a think tank based in Washington, DC. He is also the executive director of Heisei Sedai Association of Future Leaders of East Asia, a non-governmental organization that promotes friendship and dialogue between Chinese and Japanese youth.
at August 12, 2014