The Abe Administration-What you need to know 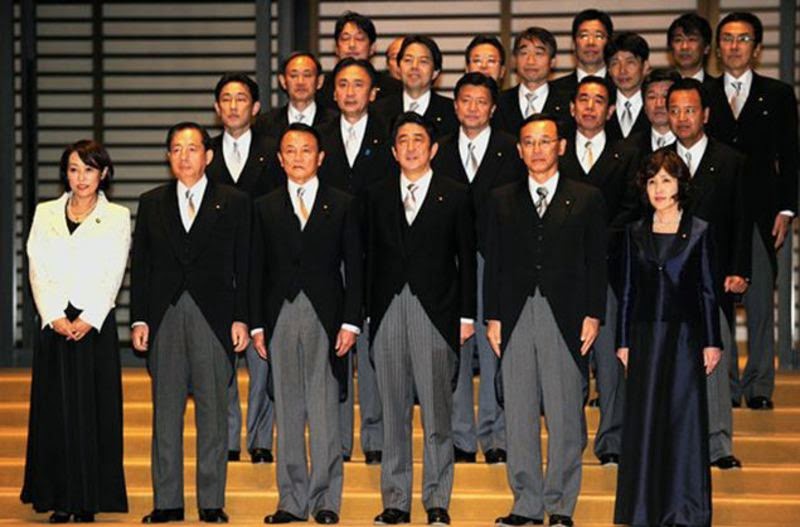 Abe Shinzo began his second term as Prime Minister of Japan on December 26, 2012. His Cabinet – one of the most stable in recent years – is expected to be reshuffled on September 3, 2014. In anticipation of the changes, APP has prepared a report with a detailed 94-page overview of Abe’s 2012-2014 Cabinet personnel. It contains profiles of the 97-member Abe Administration, which includes the 19 top Ministers of the immediate Cabinet (including prime minister), as well as Senior Vice Ministers, Parliamentary Secretaries, Cabinet Secretaries, and Special Advisors.

This report also lists the members’ affiliations with 18 prominent conservative nationalist parliamentary leagues or caucuses (giin renmei, 議員連盟) and issues groups. These are followed by pages of tables and graphs illustrating the extensive membership of the Abe Cabinet in these groups.

It is our contention that in September Abe Shinzo will have to continue to forgo traditional criteria for appointed office, such as faction affiliation and seniority, in favor of ideological similarity. It is, therefore, crucial to have a knowledge of the ideologicalparliamentary leagues, their memberships, and operation.

See a abstract of the publication by clicking this sentence.