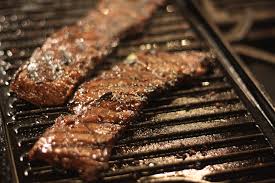 In the 2013 Winter issue of International Economy,  economic writer and APP member Richard Katz outlines "Why the Abe economy will fail."

Mr. Katz is editor of the semi-weekly Oriental Economist
Alert.

Abe is a victim of his own engineered good fortune. Katz writes:

Abenomics, the popular term for the economic policies of new Japanese Prime Minister Shinzo Abe, is likely to fall far short of its goals of reviving long-term vitality in Japan, although it could succeed in providing a temporary and illusory lift to both the economy and Abe’s Liberal Democratic Party. To provide a lasting revival, Japan needs a three-pronged approach of monetary stimulus, the right kind of fiscal stimulus, and structural reform. None of the three work without the other two.Abe, however, is focused only on the first two. With his party just back in power, he doesn’t want any reforms that step on toes. As a result, Japan is more likely to do what it has repeatedly done after previous bouts of stimulus:fall back into lethargy as soon as the stimulus is withdrawn. Beyond that, political obstacles from the Ministry of Finance, the Bank of Japan, and some parts of the business community are already preventing Abe from even implementing many of his ideas on fiscal and monetary stimulus.
.....

Abe’s notion of a “growth strategy” is mainly a trickledown approach of increasing corporate profits via a cheaper yen and tax cuts in the false hope that this would lead to more investment, hiring, and wage hikes. Real structural reform has to tackle Japan’s deep-seated defects
.....

Unfortunately, Japan is not a healthy economy and so is unable to respond to fiscal-monetary stimulus in the normal way. The household share of real national income has fallen. People are spending as much as they can, with the savings rate now down to around 2 percent from 13 percent back in 1997. If households  had more money, they’d spend more. Instead, the scheduled consumption tax hike will leave them with even less income.This chronic shortfall in consumer demand is why Japan had to depend so unhealthily on a growing trade surplus in 2002–2007, a tactic that Abe wants to repeat by driving the yen as low as ¥100 per dollar, according to some of his aides.