Tokyo to DC: We Kan work it out 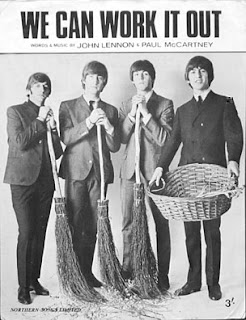 Recent opinion polls show that the Japanese public may forgive the Democratic Party of Japan (DPJ). They seem to accept that a government under Prime Minister Naoto Kan is in better hands than under Yukio Hatoyama. This is translating into a brighter outlook for the DPJ in the upcoming July Upper House elections.

Pollster Yoshiya Kobayashi has reported clear signs of a sudden return of electoral confidence in the DPJ. His latest election outlook published in the daily Fuji on June 17th was far more positive than earlier ones carried out by rival pollsters only a week or two ago.

Kobayashi, analyzing data from across the country, predicts that in the July 11 House of Councilors election the DPJ would gain five seats to a total of 121, only one short a majority in the 242-seat chamber. Teaming with its coalition partner, the People`s New Party and supportive independents, the DPJ would then command 128 seats in the Upper House, according to the simulation.

In contrast, the former ruling Liberal Democratic Party (LDP) decimated since its defeat last August would lose three seats in the election to hold only 69 seats. Prior to Kan’s selection as PM, pundits predicted that the DPJ would lose its Upper House majority, creating another “twisted Diet” in which the opposition could block bills in the Upper House. Passage of controversial bill would therefore requiring a Lower House override vote each time. That situation existed during the last two years of LDP rule, paralyzing the legislative process.

This is not to say that there is clear sailing for the DPJ to an election victory next month. Japanese voters, although favoring the DPJ, have become loyal to none. The tabloid weeklies, always ready to draw political blood, are already in the hunt. Last week they alleged political-contribution improprieties against the prime minister, as well as alleging an extramarital affair.

The greater danger for upsetting the electorate lies in the DPJ's just released manifesto that surprisingly contains a promise to raise taxes, until now a taboo subject for the DPJ. Though couched in the context of tax reform and bipartisan cooperation, the decision to go into an election campaign with such baggage is high-risk politics.

The dailies on June 18 all top-played the words of Kan to consider doubling the current consumption tax to 10%. In the past, those prime ministers who promised to raise taxes were severely chastised at the polls.

Voters are already reacting. In a nationwide poll released June 21, Asahi found that the Kan Cabinet's support rate has dropped nine points in a week to 50%, with half of the public reacting negatively to Kan's reference to the possibility of the consumption tax doubling to 10%. The Sunday TV talk were dominated by the consumption tax issue, with opposition party representatives denouncing the DPJ’s promise to consider hiking the rate.


Alliance–friendly manifesto?
The new DPJ manifesto has significantly shifted gears in its treatment of the US-Japan alliance. Last year's version reflected the Party's desire to veer away from the US, review the Alliance relationship, and move closer to Asia. What stands out in the new manifesto is the priority placed on “deepening the Japan-US relationship.” The manifesto still calls for a revision of the Status of Forces Agreement (SOFA), but the part about “reviewing the US forces realignment and the modality of US bases in Japan” has been removed.
Washington policymakers will be also glad to see included the promise to “ease the burden on Okinawa based on the Japan-US agreement” on the relocation of Futenma Air Station to the Henoko area of Nago City.
The consideration given to the US and the Alliance can be said to reflect the pragmatism of Kan. He says he has learned from Hatoyama`s mistakes. Whereas the Hatoyama administration apparently saw Japan's relations with the US and with China as a zero-sum game, the Kan Administration seems to be trying to bring back a balance based on existing realities and not on wide-eyed idealism.
There appears to be a desire now to move toward a more cooperative and productive relationship with the US, something that the previous Administration avoided. In other words, the DPJ has inched closer to the traditional posture of the LDP in its security relationship with the US.

The manifesto stabilizes Japan’s relationship with the U.S. and allows the DPJ to focus on domestic issues. This should allow Washington to recover some of its confidence in Tokyo, while it determines what the new government can really deliver. It also should ease anxieties among the stability-minded Japanese public. In all, it is not that change in Japan is over, it is more likely that it will be more orderly.