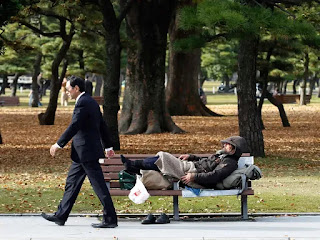 Prioritize Equality of Opportunity with Predistribution

Prime Minister Kishida Fumio has vowed to shift Japan toward a “new capitalism” that will deliver growth with redistribution. The administration’s plan announced in June combines a wide variety of measures, from boosting wages to increasing investments in science and technology – yet some critics charge that it offers more hopeful proclamations than promising substance.

The prime minister is right to strive to reform Japanese capitalism to achieve both growth and equity. But how should he do that? If the government really wants to address inequality at its roots, it should prioritize growth with “predistribution” over redistribution. The term may be obscure, but the concept is rather simple. Redistribution accepts the market allocation of profits as given and tries to moderate inequalities after the fact with policies such welfare spending or progressive taxation. Predistribution, in contrast, seeks to affect who benefits from economic activity in the first place through public investment and market governance reforms.

The British Labour Party leader Ed Miliband heralded “predistribution” in his new agenda in 2012, presenting it as a way to create a fairer economy without huge increases in government spending. In more recent years, scholars have refined predistribution analysis to evaluate the sources of economic inequality and to devise remedies. Some of the leading scholars in this area, such as Thomas Piketty and others associated with the World Inequality Lab, have increasingly emphasized the predistribution roots of inequality.

Predistribution and redistribution policies can blur in practice, but the distinction remains useful in evaluating Japan’s past performance and its future prospects. In fact, Japan delivered growth with equity through most of the postwar era via what could be interpreted as a successful predistribution strategy. It achieved a relatively equitable income distribution not through a big welfare state but rather through “predistribution” factors such as corporate practices, labor relations, and societal norms. And now that Japan confronts higher inequality and lower growth, it should prioritize predistribution solutions to these new challenges.

Now libertarians would surely object to this line of argument. They would insist that the government should not intervene in the free operation of the market. But there is no free market. All markets are embedded in government regulations, business practices, and social norms. All real-world markets reflect balances of power, such as employers versus workers or producers versus consumers. So devising and refining market rules is not an alien intervention into a pristine free market, but rather a prerequisite to properly functioning markets. Think of it this way. If workers are being paid too little for their labor and consumers are paying too much for their products, then should we sit by idly or change the rules of the marketplace to addresses these injustices?

So how does all of this grand theory apply to Japan past and present? We can reinterpret Japan’s postwar success in achieving growth with equity via the lens of predistribution. The government invested in transport and communications infrastructure that supported economic growth and mobility, and it provided high-quality universal education and health care that sustained both growth and equity. Japan’s large corporations practiced a stakeholder model of governance, with channels for labor incorporation at the plant and office level and job security and benefits for core workers. Japan’s postwar system harbored some major structural inequities, of course, such as large firms versus small, urban regions versus rural, and male workers versus female. Yet it nonetheless delivered a combination of growth with equity that was the envy of the world.

Some of Japan’s vaunted strengths have partially eroded since the 1990s. The education system has become less equal as those with resources have gamed the system to advantage their children. The employment system has become less stable and more unequal as the share of nonregular workers has increased. The predistribution lens offers a framework for setting priorities for reforms. The predistribution approach would prioritize public investment in education, training, research and development, and startup funding. It would also favor family policies, including pre-school education, and maternity, paternity, and elder care leave. These policies are redistributive and predistributive at the same time because they support children while also enabling parents to enhance their skills and to participate in the labor market. My own mentor, the late Harold Wilensky, studied the economic and social performance of 20 rich democracies, including Japan, over a 60-year span. He found, not surprisingly, that some government policies favored growth over equity while others favored equity over growth. But he stressed that the most enlightened policies, such as these family policies, managed to achieve both goals at the same time.

With respect to market reforms, the government should immediately hike the minimum wage. This will boost growth and equity by putting money into the hands of those most likely to spend and by raising the income of those earning the least. The government should reduce the gap in pay, security, and benefits between permanent and non-regular workers by vigorously enforcing equal pay for equal work. And it should promote work-life balance policies that will contribute to higher productivity, such as fewer working hours, more flexible schedules, and remote work options. Japan has made some real progress in these areas in recent years, but it could go much further. With respect to corporate governance, the government should continue to promote greater diversity and accountability, which will enhance both equity and productivity. But it should resist reforms that will raise corporate returns at the expense of workers and other stakeholders.

None of this suggests that Japan does not need redistribution as well. For example, the government could enhance both growth and equity by raising corporate taxes while reducing consumption taxes. Consumption taxes are regressive, and they slow growth by reducing demand.

For many years, economic analysts have assumed there is a tradeoff between growth and equity. Japan disproved this in the postwar era by achieving high growth with equity. And Japan, the United States, and many other advanced economies have doubly disproved this thesis in recent years by demonstrating that inequality can become a drag on growth.

The United States is much further down that road than Japan, so Japan should heed this as a valuable warning. In fact, the U.S. economy could rightly be viewed as one of upward predistribution. That is, the market rules – from labor regulations to corporate governance practices – are structured to maximize returns for the wealthy and the powerful at the expense of everyone else. Viewed through the lens of predistribution, current-day Japan is underperforming the Japan of the postwar era but it remains much less unequal than the United States. With greater attention to predistribution reforms, it can do much better.