Standing up to the LDP's Dark Side 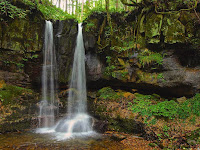 Two Streams in the LDP

J Update by Takuya Nishimura, Hokkaido Shimbun, views expressed in these essays do not represent those of the newspaper and are personal

In the first meeting after the general election of the House of Representatives last month, the Diet of Japan constitutionally elected Fumio Kishida as 101st Prime Minister of Japan on Wednesday. Kishida immediately organized his cabinet, which actually resulted in a minor change from the former one. However, it is possibly rather the big change in power balance inside the leading Liberal Democratic Party.

One of Kishida's important agenda is getting rid of neo-liberalism economics that has been upheld by LDP sidestream. Yes, LDP has mainstream and sidestream, since Kakuei Tanaka succeeded Prime Minister Eisaku Sato in 1972. Although Sato assumed Takeo Fukuda, who upheld pro-Taiwan and moderate financial policy, as his successor, Tanaka won LDP presidential election with popular pro-China and rapid growth policy. That is engraved in LDP history as the First Kaku-Fuku War. Even after Tanaka resigned due to the Lockheed scandal, his group maintained latent power over the administrations.

During that period, a policy group called Kochikai, established by Hayato Ikeda, elected two prime ministers, Masayoshi Ohira and Kiichi Miyazawa, under control of Tanaka or his successors' group. But, members of Kochikai liked to call themselves “mainstream conservatives,” distinguishing from Fukuda's "sidestream." Although mainstream politics sought high economic growth, its main target was reinforcing the middle class.

Inauguration of Jun-ichiro Koizumi, who had been a young member of Fukuda group at the time of the Second Kaku-Fuku War, marked the end of the mainstream ruling. Koizumi politics, mainly succeeded by Shinzo Abe, focused on political reform and economic deregulation, which was based on trickle-down theory. But, it resulted in widening social gap between the rich and the poor. That kind of pro-growth policy was exercised by sidestream administrations for two decades except for three years of the Democratic Party's era. During that period, the sidestream actually worked as the mainstream.

Although Kishida appeals to maintain Abe's pro-growth policy called Abenomics, the new prime minister looks more to distribution than growth. He also updates his group's traditional economic policies such as the Income Doubling Plan of Ikeda or the National Garden City Initiative of Ohira. Replacing LDP Secretary General Akira Amari to Toshimitsu Motegi, who descends from Tanaka group, and picking Yoshimasa Hayashi with Kishida group to the Minister of Foreign Affairs can be recognized as an attempt of distancing from Abe or sidestream rules. In short, it may be the time of regime change once in decades.

Abe decided to take over the group originated by Fukuda to keep his influence on the Kishida administration. While some of his aides remain in the Kishida Cabinet and LDP executive board, Kishida looks to be handling post COVID-19 reconstruction policy along with mainstream agenda. His true intention will be made clear in the economic policy package being delivered mid-November.

Update: In regard to the 2021 supplementary budget, which would endorse Kishida's economic policy package, Kishida's building of leadership looks to be halfway. Although his budget focused on distributing budgetary resources to the sufferers from COVID-19, Kishida did not forget to take care of Abe's agenda such as military expansion. This caused disappointment on the expectation of a quick LDP power transition.
at February 11, 2022