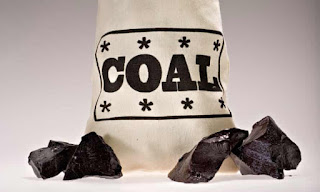 By Richard Katz,  Senior Fellow at the Carnegie Council for Ethics in International Affairs and is writing a book on reviving entrepreneurship in Japan. He is an APP member.

In October of last year, Japanese Prime Minister Yoshihide Suga announced that Japan was shifting course. The country—which in 2020 came in a miserable 45th out of 61 countries in addressing climate change—would now commit itself to achieving net-zero greenhouse gas emissions by 2050, a goal the country had once hoped to achieve sometime between 2050 and 2100.

That Tokyo’s record on climate change has been so dismal might surprise observers who associate Japan with technological innovation. But almost a third of the country’s electricity derives from coal—the single largest contributor to anthropogenic climate change. Worse yet, Japan is currently constructing 15 new coal-fired plants and is planning another seven, all to be finished within the next five years. Its carbon tax is a mere $3 per ton of carbon dioxide, compared with $33 in France and $126 in Sweden.

That makes Suga’s new stance a significant reversal for Japan. To reach the country’s new benchmark, the prime minister has pledged to “fundamentally shift” Japan’s policy on coal-powered electricity, initiate a study on the feasibility of carbon pricing, and phase out gasoline-fueled vehicles by 2035. “[Responding] to global warming is no longer a constraint on economic growth,” he explained.

Strong and rapid measures will not only decrease Japan’s own emissions but might also help induce other countries in the region to take similar steps. Just days after Suga’s speech, South Korea, the world’s ninth-largest emitter, committed to net zero by 2050. Activists in Australia, a major coal exporter, have called on Canberra to match Tokyo’s shift. Whether or not Japan delivers on its lofty promises, however, will depend on the policy battles now raging in Tokyo.

Japan’s feeble response to climate change has its roots in a national trauma. In 2010, carbon-free nuclear energy supplied a third of the country’s electricity. That number was supposed to increase to 40 percent by 2017 and 53 percent by 2030. With an additional 20 percent to be derived from renewables such as solar, wind, and hydroelectric, Japan was on track to cut overall emissions by 30 percent from 1990 levels.

Then came March 11, 2011. A horrific tsunami ripped through Fukushima prefecture, killing 20,000 people and causing a meltdown at the Fukushima Daiichi nuclear plant that narrowly missed spewing radiation on millions. Had the utility company TEPCO simply followed global best practices and its own engineer’s recommendations, the meltdown would never have occurred. Worse yet, TEPCO had falsified safety data while government regulators turned a blind eye. The disaster destroyed nuclear energy’s credibility. All of Japan’s 54 nuclear reactors were shut down, and public opposition has thus far prevented most from reopening. In response, Japan turned to coal.

Today, however, a combination of what the Japanese call gai-atsu (foreign pressure) and nai-atsu (domestic pressure) is shifting Tokyo’s response to climate change. Joe Biden’s election as U.S. president also bolstered those in Japan who were already urging robust action. During their April 16 summit in Washington, Biden and Suga announced a new Climate Partnership, which includes measures to help other countries decarbonize.

Meanwhile, global companies have begun to include the practices of their suppliers in their net-zero commitments, and Japan’s leading corporations are feeling the heat. Apple, for example, will stop buying from suppliers that do not use 100 percent renewable electricity by 2030. Some Japanese producers have European facilities that could meet this goal, but those located inside Japan cannot. Only 19 percent of the country’s electricity comes from renewables, and the government’s current goal for 2030, set in 2018, is for that number to rise to between just 22 and 24 percent. The CEOs of Sony and three other major Japanese companies warned Administrative Reform Minister Taro Kono that failure to reach at least 40 percent renewable electricity by 2030 could compel many Japanese firms to shift some production offshore.

At the same time, extreme floods and disastrous heat waves over the last several years have visited the direct effects of climate change on Japanese citizens and companies. An astonishing 90 percent of voters supported Suga’s October declaration to reach net zero by 2050. In 2018, several leading companies—including heavy hitters such as Sony, Nissan, SoftBank, and Mitsubishi Estate—created a new alliance called the Japan Climate Initiative (JCI). The group was designed to pressure Tokyo into meeting the decarbonization goals set in the Paris climate accord, and today it has almost 400 corporate members. This January, 92 member companies urged the government to expand renewable electricity generation to between 40 and 50 percent of overall production by 2030 as part of the Strategic Energy Plan to be released in June. Keizai Doyukai, a separate federation of executives from 1,000 leading corporations, urged similar action last summer.

Climate-minded politicians are also rising through the ranks of the country’s perennially dominant Liberal Democratic Party (LDP). This includes Suga and two potential future prime ministers, Kono and Environment Minister Shinjiro Koizumi, both of whom support aggressive action on climate change. According to a source close to Suga, the prime minister was frustrated by the slow pace of decarbonization under his predecessor, Shinzo Abe. Suga believed that Abe was too reliant on advice from the Ministry of Economy, Trade, and Industry (METI), which—according to the same person—was “not aggressive about carbon neutrality because the business world was reluctant to make a big change.”

Kono, for his part, told the JCI in November 2020 that he planned to remove regulatory obstacles to renewable electricity production—an important step toward Suga’s 2050 goal. Japan’s regional utility companies, for instance, can currently give their own power plants priority access to transmission lines. Kono has cited cases in which the utilities blocked new companies from transmitting wind-generated electricity, even on unused lines. Similarly, land use laws prevent abandoned farmland from being used for nonagricultural purposes, such as solar and wind farms.

With a combination of these regulatory shifts, current technology, and an upgraded grid, the country could generate between 40 and 45 percent of its electricity from renewable sources by 2030, according to Mika Ohbayashi, a member of the JCI secretariat and a director of Japan’s Renewable Energy Institute. Net zero by 2050, however, will require what she called “revolutionary technologies.”

BUMPS IN THE ROAD

Although Japanese efforts to decarbonize are gathering strength, there is still strong resistance. In a “Green Growth Strategy” document published on December 25, for instance, METI included hybrid gas-electric vehicles as part of Japan’s plan to eliminate gasoline-powered transportation by 2035, contradicting Suga’s talk of fully electric cars. And in April, a METI advisory committee proposed that coal should supply 26 percent of Japan’s electricity in 2030, the same goal set in 2018. If accepted, the target would defy Suga’s promise to “fundamentally shift” the country’s coal policy.

Similar opposition to change also exists in parts of the corporate world. The Toyota chieftain Akio Toyoda railed against Suga’s talk of ending sales of gasoline cars by the mid-2030s, inaccurately asserting that “the more electric vehicles we build, the worse carbon dioxide gets.” Separately, Keidanren, Japan’s most powerful business federation, has endorsed net zero by 2050 but opposes many of the measures needed to reach that goal. The federation insists that coal is necessary until reliable battery storage and hydrogen fuel become commercially feasible. “Energy security means Japan must have diverse sources of energy, including coal, at least in the short term,” said Masami Hasegawa, a Keidanren director.

Keidanren also prefers the current lax emission enforcement system, where industry associations voluntarily create goals for their member companies and the government reviews the results. Although Keidanren points to progress in reducing emissions, at the current pace, Japan will not even come close to net zero by 2050. Keidanren also opposes a carbon tax, which Hasegawa contends “would deprive companies of the funds needed to develop indispensable revolutionary technologies like hydrogen fuel and CCS [carbon capture and storage].” It will take at least two or three decades, however, before hydrogen and CCS become commercially competitive.

In reality, carbon pricing would have a dramatic effect even with current technology. Steelmaking, for example, is responsible for about ten percent of Japan’s total carbon emissions—mainly because 80 percent of the country’s crude steel output is still made in carbon-intensive coal-fired blast furnaces, compared with 33 percent in the United States. A carbon tax would make steel from blast furnaces uncompetitive in the marketplace, forcing companies to switch to cleaner alternatives.

An important factor in the outcome of this dispute is Suga’s waning political capital. His mishandling of the COVID-19 pandemic and poor communication skills have tanked his popularity. In September, he will have finished filling Abe’s term as the LDP president and must run for reelection on his own. Suga’s vulnerability could weaken his leverage over resistant bureaucrats. If he falls, the pace of progress will depend on the LPD’s choice of a successor. Polls currently show that the public overwhelmingly prefers Kono, who is strongly committed to fighting climate change.

Despite the opposition to change among some leading companies, others have already altered important practices. Until last spring, Japan’s three megabanks—Mizuho, Sumitomo Mitsui, and Bank of Tokyo-Mitsubishi UFJ—provided a third of all global financing for new coal-fired power plants. Last spring, they decided to stop underwriting new projects (although some loopholes remain). Several giant trading companies have also stopped investing in coal mines, and JCI member Toshiba announced that it will not build new coal-fired plants.

These actions are a good start. But Tokyo’s long-term goal of net-zero emissions by 2050 will be unreachable unless the government commits to sufficiently ambitious short-term objectives in its forthcoming Strategic Energy Plan, which sets targets for 2030. To succeed, Japan will need a much larger cut in emissions than the current and fiercely criticized target of 26 percent from 2013 levels. The Environment Ministry is advocating for a 45 percent reduction, while METI is pushing for a more modest 35 percent. Washington, for its part, is reportedly urging 50 percent.

Turning any eventual target into reality, however, will require a dramatic increase in the renewable electricity supply (potentially between 40 and 50 percent), along with Suga’s pledge to phase out gasoline vehicles. Japan, moreover, would need to immediately stop building new coal-fired plants and phase out all existing facilities by the 2030s. The government will also need to take advantage of market forces by adopting a more demanding carbon price or tax.

Tokyo’s ability to deliver on these measures will have a vital impact on global efforts to address climate change. Some argue that Japan’s actions make only a marginal difference since the country produces just three percent of global carbon emissions. That number, however, makes Japan the world’s fifth-largest emitter—behind only China, the United States, India, and Russia. And unless each nation does its share, addressing climate change will be an impossible task. If Japan stops shirking its responsibility, its behavior might pressure others to follow suit—accelerating global action on decarbonization and hastening the adoption of climate friendly technologies. The next signal will be the specifics that Suga announces, or fails to announce, at Biden’s April 22–23 climate summit. The world awaits Tokyo’s decision.