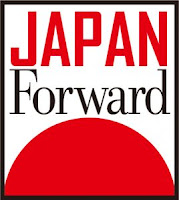 by David McNeill, writes for the Independent, the Economist and other publications. He has been based in Tokyo since 2000 and is an APP member.

Foreign journalists are often blamed for distorting the image of Japan by, for example, moralizing about the quirks of its economy and politics, or peddling hardy perennials (geishas, sexless marriages, gangsters, suicide) that convey exoticism, not depth or nuance. Then there’s the shrill online outrage that now greets each foreign story about historical issues such as the comfort women coerced into World War II military brothels, who have been the subject of undignified diplomatic haggling for the last two decades.

Some correspondents, such as Carsten Germis of the German daily, Frankfurter Allgemeine Zeitung, have even been accused (by the foreign ministry, no less) of taking bribes from China for writing about Prime Minister Shinzo Abe’s attempts to whitewash Japan’s wartime misdeeds.

So, try to imagine a project that might redraw this distorted picture. It would give “Japanese perspectives” on diplomacy, culture and history. It might come from the media stable most closely associated in Japan with unabashed nationalism – the Sankei Shimbun. It would have a hinomaru as its symbol and a moniker like “Japan First,” except that’s the name of a political party, and a popular tweet handle (“Japan for the Japanese; Anti-Globalism, Anti-Communism”). Not “Japan Best,” because that sounds childish. How about “Japan Forward”?

What you might have pictured is actually the pre-launch edition of an English-language online newspaper that emerged in May of last year from the Sankei group. The aim says an editorial, is to provide a forum for “Japanese voices” and deliver them to the world “as we think about the future.” Articles on the website’s front page include an interview with Abe in which he pledges to bring Japanese abductees home from North Korea. Defense Minister Tomomi Inada defends her controversial pilgrimage last December to Yasukuni Shrine, and a cheeky commentary urges President Donald Trump to also visit the Shinto landmark.

THAT SUGGESTS A FIXATION with rightist causes but it’s not the whole picture. Sure, there are oven-ready articles from the Sankei cupboard and polemical broadsides against China. But Japan Forward also carries thoughtful essays on the rise of Yuriko Koike, Tokyo’s governor, and on Abe’s relationship with Trump.

The schizophrenic tone – not so much nationalist swaggering as an apologetic lurch – may reflect the presence of several foreign contributors and commissioning editors. They include Paul Nadeau, who doubles as a private secretary to Tsuyoshi Hoshino, an LDP lawmaker and former Sankei reporter.

When approached by Sankei editors to collaborate with the publication, Nadeau, a Tokyo-based American and occasional writer, says he was at least sympathetic enough to the complaint that Japan was sometimes ill served by its corps of gaijin hacks to want to help. “One of the issues with Western reporting on Japan is that it often tends to fit Western frames to Japanese political discussions,” he says, citing an article in the Washington Post by Anna Fifield quoting a university professor in comparing Inada to Marie Le Pen, France’s rightwing firebrand. “Okay, they’re both conservative and women, but Inada has spoken positively for LGBT rights, and immigration. You’d never see Le Pen do that.”

“One of the issues with Western reporting on Japan is that it often tends to fit Western frames to Japanese political discussions.”

Nadeau says he was also “frustrated” by articles citing a steady rise in Japanese defence spending as evidence of its remilitarization. “The numbers are quite small in context and there are a lot of constraints that prevent spending from growing higher.” It’s not a distortion or bias, he explains: “It’s an incomplete characterization.”

The Sankei, the smallest of Japan’s major dailies, had been the only one without an English-language edition. The Yomiuri still churns out its print offshoot, the Japan News. The Nikkei launched a magazine, the Nikkei Asian Review, in 2014, while both the Mainichi and Asahi long ago pulled their English newspapers but have continued with an online presence.

BUT IF THE EDITORIAL team’s “mission statement” on the Japan Forward website is to be believed, something is still missing. So they intend to present the “true face of Japan,” and are setting out to overcome misunderstandings “born of linguistic barriers.” They are open to a “freewheeling debate,” welcoming “well-expressed dissenting and dissimilar views,” and basing the editorial on the Sankei’s high-quality articles, editorials, interviews and other Japan-original content.” Typically, one of its earlier efforts was titled “‘Japan First’ Is the Only Response to ‘America First,’” in which Sankei executive editor Masato Inui warned that: “A dog-eat-dog world is coming, and we must hurry to prepare for it.”

Laudable aspirations, if one believes that the time is ripe for a publication that will more assertively push Japan’s interests. It comes at a time when there has been a resurgence of national pride, with TV and books increasingly filled with “Japan is great” praise. As Masakazu Shirana and Teiichi Ikeda, reporters with the Tokyo Shimbun noted recently, it is a phenomenon that seems less a harbinger for the future than a nod to the past, specifically the xenophobic 1930s.

It comes at a time when there has been a resurgence of national pride, with TV and books increasingly filled with “Japan is great” praise.

Still Japan Forward has its work cut out: the beta version isn’t particularly revolutionary. Among the recent uploads is standard rightist fare, such as an accusatory piece on the Chinese government’s support of Japan-focused hatred. Much of the content in the rather clumsily designed interface was pretty bland stuff. There was an introduction to Tokyo’s Nezu Shrine, coverage of the last day of the recent sumo tournament and a breathless promo of a new luxury train line. If this is anything to go by, none of the English editions of the Japanese dailies, much less the Japan Times – dubbed the “anti-Japan Times” by the right – have anything to fear from their new competition.

NB: The publication is also an avenue to pay a number of rightwing White men to write or appear to write anti-Korea or anti-Chinese articles. There are only a few "right white faces" that do this, so it is easy to quickly learn their names and avoid them. In addition, many of the key Japanese history deniers are article authors.

Though the beta edition is intended to end with a formal launch in May, when the business plan calls for sponsorship to make it a self-sustaining operation, they have yet to face the full-throttle complexities of an ongoing website, requiring quality writing and editing on a regular basis, and though we reached out for comment from the Sankei, we received no reply.

Will the Sankei’s promise to promote “diverse perspectives” survive? Perhaps not: Senior editors have already reportedly reined in articles that strayed too far from its unofficial remit – to make Japan appear great again.
at April 02, 2017