Hanging on by a slender thread 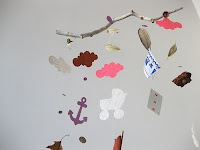 President Barack Obama most likely will meet a fourth Japanese prime minister this September on the sidelines of the United Nations General Assembly. He originally was supposed to have hosted Prime Minister Naoto Kan for a state visit in Washington. I, however, expect that PM Naoto Kan will be out of office in August, if not earlier, and his party, the DPJ, will just have time enough to elect a new party president and thus prime minister before the September UNGA.

Faulted for alleged ineptness in handling the earthquake-tsunami-nuclear disaster this spring, Kan, early this summer, promised to step down in order to avoid what could have been a fatal vote of no-confidence in the Lower House. Yet, he never said exactly when that would be. He has since sounded as if he is no rush to leave, angering the opposition camp and the many in his own party who want new leadership. The latest speculation is that he will step down sometimes in August after key legislation clears the extended session of the Diet.

Most Japanese have long ago given up on the Kan administration. Nothing that Kan has touched with his policy finger since coming into office a year ago has turned to gold. Instead, most of his agenda has ended up in the dustbin. With little to show in terms of domestic and foreign policy accomplishments, Kan’s once heady popularity has suffered accordingly.

Only weeks ago, his support rate in the polls was hovering in the low to mid-twenty percent range, but in the latest NHK poll, it plunged to 16 percent, a record low. Asahi’s poll was even worse, 15 percent, down from last month’s 22 percent. Kan’s predecessor, Yukio Hatoyama, had a 17 percent support rate in the Asahi poll when he resigned. The vast majority of Japanese, the polls show, want Kan out by August. The Asahi’s poll registered this view as being held by 80 percent.

Kan’s recent reshuffling of his cabinet was rather meaningless – one new appointee, Reconstruction Minister Ryu Matsumoto, was forced to quit after a week when he bad-mouthed earthquake victims (he was hospitalized recently). One disgruntled Cabinet member, METI Minister Banri Kaieda, has hinted at quitting over energy policy differences with Kan. The Prime Minister’s unilateral, uncoordinated decisions have left his cabinet and party frustrated. No one seems to know what he will do next, and many suspect he is just stalling in order to prolong his political life. Despite the chorus in the DPJ calling for his resignation, Kan still keeps chugging along as if he single-handedly can get things done. Kan has increasingly isolated himself.


No one is yet taking bets as to who will succeed Kan, but the front-runner in media circles is Finance Minister Yoshihiko Noda. He leads his own small faction in the party and is a graduate of the Matsushita Leadership Training Institute. Noda is the favorite of acting DPJ President and would-be powerbroker Yoshito Sengoku, once Kan’s chief cabinet secretary and now one of his enemies calling on him to step down quickly. Another former cabinet member turned Kan critic is Seiji Maehara, who has been sounding more and more like a potential prime ministerial candidate. Maehara, also a Matsushita graduate, recently blasted Kan for “populism” or pandering to the public by suddenly switching to an anti-nuclear power stance without warning (Maehara has also taken this stance).

The cacophony of anti-Kan voices in the DPJ seems to have only spurred on the Prime Minister’s well-known fighting spirit not to surrender his post until he feels he is ready. His opponents know that once a prime minister is in power, he is difficult to topple. The showdown may come soon in the Diet. With major bills, especially the second supplementary budget for additional disaster relief and the enabling legislation for issuing Japanese government bonds hopelessly deadlocked, the opposition – and Kan’s own party – may use their passage as the price for the Prime Minister’s early out.

Passage of this difficult legislation may be Kan’s strategy. Desperation to be rid of him, may propel faster consideration of the necessary bills. Such political drama recalls the internal feuds of the LDP in its worst days. The result is that the Japanese electorate suffers.