The US and China: The limits of pragmatism 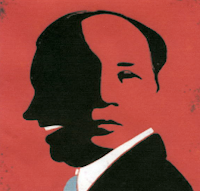 that pragmatism will only get you so far with when you don't know what you believe to start with.
Here, he endeavors to help readers strike an appropriate balance in assessing the forces causing the United States and China to cooperate more closely, while differing and diverging on core issues.

He does so by reviewing the development of the US-China relationship, discerning the roots of important differences and practices in the past two centuries, and salient determinants in the four decades since the "opening" under Mao and Nixon.

Sutter portrays a very mixed historical record that shows the persistence of numerous unresolved issues and new differences that feed strong mutual wariness and considerable suspicion. These negative factors are only partly overridden by mutual pragmatism that shifts with circumstances.

In the current period, he assesses that circumstances probably are strong enough to sustain the outwardly positive interchange between the US and Chinese administrations, but moving forward with greater cooperation will remain hampered by differences and the absence of a clear consensus in either country on policy toward the other.