Japan Can’t Handle the Coronavirus. Can It Host the Olympics? 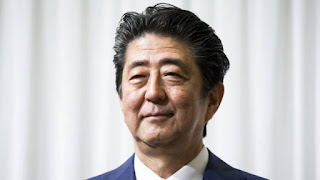 How leaders’ sense of entitlement breeds indifference and incompetence.

The Japanese government’s response to the coronavirus outbreak has been staggeringly incompetent. Why, when so much is at stake for Japan, especially as the host country of the Olympics this summer?

The first infection in Japan was confirmed on Jan. 28. The World Health Organization declared the coronavirus to be “a public health emergency of international concern” on Jan. 30. But it took until Feb. 17 for the Health Ministry of Japan to even inform the public about when, where and how to contact government health care centers in case of a suspected infection. And it was only this Tuesday that the government finally adopted a “basic policy” for responding to the outbreak — which essentially boiled down to asking people to stay home. As of Wednesday, there were 847 confirmed cases of Covid-19 (and six deaths) in or just offshore of Japan.

Medical professionals are running short of face masks, disinfectant and test kits — and Japan is running short of medical professionals who can perform diagnostic tests. Yet so far Prime Minister Shinzo Abe has rejected the opposition’s demand to increase the budget currently under discussion in Parliament, or the Diet, to help tackle the outbreak; he has said it was premature to assume that the existing budget reserve will be insufficient.

And so the Japanese people have been told not to seek testing, nor bother visiting medical institutions unless their symptoms are severe and lasting. Mr. Abe has, in effect, outsourced the government’s containment efforts to the population itself, while the state concentrates limited resources on the severely ill and makes little effort to increase those resources. He might also have been thinking: With no test, there can be no rise in confirmed cases either.

The inadequacy of the government’s response was laid bare by the unmitigated epidemiological and public relations disaster that was the saga of the Diamond Princess cruise ship. After a 14-day quarantine, at least 634 passengers and crew members (out of a total of 3,645 people) were confirmed to have been infected aboard the ship. “We’re in a petri dish,” one passenger said. “It’s an experiment. We’re their guinea pigs.”

Since people started leaving the ship on Feb. 19, confirmed cases among them have been reported in the United States, Australia, Israel and Britain. Whereas those countries placed returning passengers under another 14-day period of isolation, Japan simply released all Japanese nationals from the boat — and at least one of them later tested positive for Covid-19. Twenty-three passengers, most of them Japanese, were also accidentally allowed to go without having undergone mandatory medical tests.

Astonishingly, the Japanese government released without a test more than 90 officials who boarded the ship during the quarantine, even though four had already tested positive — and this, according to one report, because of concern that “they won’t be able to fulfill their official duties if found positive.” The Health Ministry has since agreed to test 41 officials, but it still won’t test any medical professionals and quarantine officers who were on board, on grounds that “they had taken sufficient precautions” themselves.

As some observers have pointed out, a measure of denial and inertia is at play. The Japanese bureaucracy is notoriously dominated by a culture of “kotonakare shugi” (literally, “no-problem-ism”), which prioritizes stability and conformity, and shuns anything that might rock the institutional boat. Sound the alarm about an impending crisis and you might be blamed for causing it.

Prime Minister Shinzo Abe speaking during a special gathering in Tokyo to manage the coronavirus outbreak. He is said to be spending only minutes on average at meetings of a dedicated task force he presides.

Mr. Abe’s cabinet set up a task force of ministers to handle the novel coronavirus on Jan. 30, but for many days that group was primarily focused on the situation unfolding in China, particularly on evacuating Japanese nationals from Wuhan, the city at the source of the initial outbreak. As recently as Feb. 13, Japan’s health minister was still saying that more information was necessary “from an epidemiological standpoint to say infections are growing across the country.” Two days later, though, he finally acknowledged that Japan has entered a “new phase” of the outbreak, and now was emphasizing the need to test people and treat the seriously ill. The day after that was the first time the task force convened its panel of experts to seek advice about the conditions in Japan and what measures should be taken.

Why is Mr. Abe — who is no stranger to an authoritarian style of leadership and readily breaks rules and conventions, as well as, arguably, the Constitution, to get his way — not doing more, or more decisively?

The answer might simply be: out of a lack of interest, personal and political. When the expert panel finally gathered on Feb. 16, Mr. Abe addressed it for just three minutes and then spent the rest of the day at home. The task force has met 13 times, but according to the opposition, the prime minister has been seen in attendance a mere 12 minutes on average.

The day after the first Japanese death from Covid-19 was reported, Mr. Abe was at a task force meeting for eight minutes, and then spent nearly three hours at dinner with the chairman and the president of Nikkei, the media organization. Shinjiro Koizumi, the environment minister and a rising star in the ruling party, skipped a task force meeting altogether to attend a New Year’s party with supporters from his constituency.

This is not the first time that Mr. Abe and his entourage display callous indifference in the face of an unfolding disaster. During the summer of 2018, the prime minister and his ruling-party colleagues came under fire for wining and dining in Tokyo during a bout of torrential rains in western Japan that ultimately killed more than 220 people. From the heavy snow that buried and paralyzed Yamanashi in central Japan in 2014 to Faxai and Hagibis, typhoons that devastated parts of eastern Japan last year, the Abe government has often been criticized for exerting far too little leadership to protect the people.

Once again, as Japan struggles to respond to Covid-19, Mr. Abe is largely invisible. Perhaps he — much like President Xi Jinping appears to be doing in China — wants to keep his distances from the crisis for fear of being held responsible for its consequences. But there is another explanation, both simpler and more systemic.

Mr. Abe owes his premiership to the accident of birth rather than the democratic will of the Japanese people.

More than one-third of the lawmakers from his Liberal Democratic Party are hereditary politicians. Mr. Abe, who first was prime minister in 2006-7, won back the presidency of the L.D.P. in September 2012 — soon before the party won the election that propelled him to the premiership again — even though the preferences of rank-and-file party members placed him a distant second out of five candidates for the position. (He won because the views of members who are parliamentarians are weighted more.) His current cabinet of 19 ministers counts five sons or grandsons of former members of the Diet; another three have relatives who were lawmakers. The Japanese government is a privileged club of hereditary politicians and their opportunistic sycophants, and a comforting echo chamber.

Japan’s leaders are so out of touch with the lives of ordinary people that they seem genuinely uninterested in their plight. That, in turn, allows an entire bureaucracy to wallow in denial, even over a crisis like the coronavirus outbreak and just a few months away from the Olympics.
at February 29, 2020