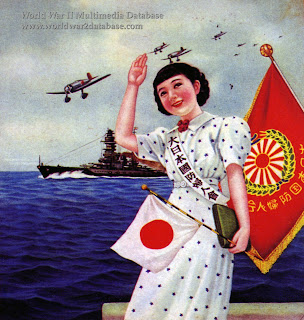 Sexist heckling, discriminatory language on Twitter, etc. A significant number of the local politicians who have recently made spectacles of themselves are members of the local assemblyman’s alliance affiliated with Japan’s largest rightwing organization, Nippon Kaigi (Japan Council [Conference]). Moreover, the influence of this alliance extends beyond local areas to impact the centers of political power. Prime Minister Abe Shinzō is special adviser to the Japan Council-affiliated National Diet Member Discussion Group [Kokkai Giin Kondankai], and this organization’s advocacy of positions such as Constitutional revision, the right of collective self-defense, and respect for traditional family values coincides perfectly with the Prime Minister’s political views. We have thoroughly investigated the poorly understood organization called Japan Council.

The Tokyo Metropolitan Assemblyman, Suzuki Akihiro, who in June 2015 heckled a female assemblyman during her speech with phrases like, “Shouldn’t you just hurry and get married?” is a member of a local assemblyman’s alliance affiliated with Nippon Kaigi, often rendered in English as Japan Council [more often Conference].

“On most issues I share the position (of Japan Council),” Suzuki told us. He had been dispassionately discussing reportage in our newspaper column, “Latest From the Special News Bureau” [Kochira Tokuhōbu]. In August 2012, he was one of those who, together with some other members of the same assemblyman’s alliance, went ashore on the Senkaku Islands, despite Japanese government “No trespassing” signs. He has also caused commotions by engaging in other forms of hawkish behavior. Although it didn’t attract the same level of attention as the sexist heckling, in Hokkaido, another member of the Japan Council-affiliated local assemblyman’s alliance created a stir. When someone tweeted that he planned to commit suicide in opposition to Japan’s participation in United Nations peacekeeping missions, Hokkaido assemblyman Onodera Masaru called it “stupid,” and, in replying to criticism, made discriminatory remarks.

On the web, Onodera is sometimes ridiculed as “netouyo giin [internet right wing assemblyman]”. To this he says, “I love Japan, and I want to instill in the next generation a concern with how to make Japan a better country. That’s my only intent.”

So, what is “Japan Council,” anyway? It was formed on July 5, 1997 through a merger of the “Society to Defend Japan,” a union of conservative religious organizations, with the “National Association to Defend Japan,” which attracted conservative cultural and intellectual luminaries along with former military leaders. The first chairman of Japan Council was former Chief Justice of the Japanese Supreme Court, Miyoshi Tatsu. The statement of movement policy, whose aim is to “build a country to be proud of,” lists such elements as promoting a feeling of brotherhood, enacting a new Constitution, supporting youths who have pride in and love for their country, and contributing to world peace by establishing and equipping a defense force capable of fully guaranteeing Japan’s security.

Japan Council ranks among Japan’s largest private rightwing associations. According to Japan Council itself, its members number upwards of 35,000. In addition to some 47 prefectural and local headquarters, it also maintains 228 branch offices.

Japan Council also maintains many close ties with national government and politics. The Japan Council’s National Diet Member Discussion Group (Chairman: Hiranuma Takeo), which came into being concurrently with Japan Council itself, has 289 members as of May 2015. The organization has Prime Minister Abe Shinzō and Vice Prime Minister Aso Tarō (concurrently Minister of Finance) as special advisers, and its Secretary General is official adviser to the Prime Minister, Etō Seiichi. Judging from the list of Diet members who belong to this organization, according to the September 2009 issue of the monthly magazine for members, Breath of the Nation (Nippon no Ibuki), 13 out of the 19 members of the Abe cabinet are also members of the National Diet Members Discussion Council. It might justly be said that Abe has a “Japan Council cabinet.”

The local assemblymen’s alliance referred to above was organized in 2007, when Japan Council had already been in operation for ten years. Its members total about 1600.

Muranushi Masato, who is in charge of public relations for Japan Council, told us that, “An increasing number of young people worry about whether, under present conditions, there is any way to guarantee Japan’s security. Those who have grave doubts about the news as construed by the mainstream media are seeking membership in Japan Council….” Muranushi has full confidence in the Council’s past accomplishments.

Indeed, an impressive list of recent laws reflects Japan Council’s wish list. These include the Fundamental Law to Revise Education (2006), the Revision of the Japan Coast Guard Law of 2012 -- which was passed in the wake of an incident in which a Japanese coast guard patrol ship collided with a Chinese fishing trawler near the Senkaku (Diaoyu) Islands -- and the Revised Law Concerning Navigation by Foreign Ships (in Japanese waters), also of 2012.

The August issue of the Japan Council Bulletin (Kaihō) was emblazoned with the headline, “Exercising Collective Defense, Toward Limited Acceptance.” Muranushi adds, “We will now begin efforts in the political realm to hasten enactment of laws related to the exercise of collective self-defense, and also develop a national movement aimed at Constitutional revision.”

Clearly, the Japan Council has come to exert powerful influence on Japanese politics. Nevertheless, research on that organization hardly exists. How do the small number of “Japan Council watchers” view the situation?

Tomomi Yamaguchi, Associate Professor of Anthropology at Montana State University, emphasizes that, “Movements [such as Japan Council] that wield the ability to mobilize not only national Diet members but local assemblymen and religious practitioners have played an important role in consolidating the rightward tendency of the late 1990s that culminated in the revised Fundamental Law of Education, prime ministerial visits to Yasukuni Shrine, thwarting the attempt to allow separate surnames for spouses, etc.”

Prof. Yamaguchi takes up Japan Council’s anti-feminist movement in her jointly written book, Shakai undō no tomadoi (Social movements at a crossroads). For example, the Tokyo Metropolitan Assemblyman who, in 2003, censured the Metropolitan Tokyo Nanao Nursing School [for the disabled] in Hino (now Nanao Special Support School) for its program in sex education later became a member of the provincial assemblymen’s alliance affiliated with Japan Council.

The acting head of the plaintiff’s group in the suit responding to prohibition of sex education at the Nanao Nursing School [for the disabled] expressed the insight that the exercise of collective self-defense and anti-feminism have the “same roots.” “It’s alarming that, for those who want to make war, ‘It’s good to have lots of people, isn’t it?’” Therefore, they attack the disabled and sexual minorities. They advocate the value system by which women are to support men.” (Satō Kei)

“During the first decade of the 21st century, Japan Council directed a concentrated movement against feminism. At its center was Prime Minister Abe. It is hardly surprising, in light of Japan Council’s support for traditional family values, that the anti-feminist heckler in the Tokyo Metropolitan Assembly was a member of the Council’s provincial assemblyman’s alliance.”

Prof. Yamaguchi also calls attention to such issues as “hate speech” recently generated largely by organizations such as the Citizens’ Group Refusing to Permit Special Rights for Resident Koreans [Zainichi Tokken wo Yurusanai Shimin no Kai, abbreviated as Zaitokukai]. “’Conservative action’ groups such as Zaitokukai criticize mainstream conservative organizations like Japan Council for being ‘genteel conservatives’ (kireigoto hoshu), but it is organizations like Japan Council that incubate issues like the so-called military comfort women and xenophobia.” Tawara Yoshifumi, secretary general of the National Network of Children and Textbooks 21, points out that, “They are playing politics between the center and the regions using National Diet and local assembly members.” Tawara is especially alarmed by tendencies in local areas.

According to Tawara’s tabulation, more than 40% of local assembly members belong to Japan Council, as do some 15% of prefectural assemblymen. One of those assemblies, the Gumma prefectural assembly, has three times adopted petitions demanding removal of a memorial dedicated to Korean laborers that has stood in a park called “Gumma no Mori” in Takasaki City. The Koreans were forcibly brought to Japan to work in mines and construction sites. The assemblymen who sponsored the petitions, Manami Kazutaka and Karino Masashi, are members of Japan Council’s local assemblyman’s alliance.

Mr. Muranushi, mentioned above, contends that, “in the past, organizations never explicitly espoused or included in policy statements such positions as “historical revisionism” or “anti-feminism.” These views have always been pejorative, used only to criticize others. Concerning education in the schools, Japan Council’s primary objective is to instill in the students an understanding and love for their country’s history and, in regard to the family, to respect Japanese traditions and way of life.”

Those worried about Japan’s rightward drift refuse merely to stand by passively. Tawara says, “We have no alternative but to resist at the grassroots level by organizing groups such as “Kyūjo no Kai” to protect Article Nine [of the Constitution].”

Uesugi Akira, who is chief administrator at the “Library of Japanese War Responsibility,” founded in part by historical researchers, warns that, “One of the predecessors of Japan Council, the Society to Defend Japan, was heavily influenced by the religious right, which was also the ideological backbone of the group of officers who led the invasion of Manchuria. The National Association to Defend Japan was also connected to the rightwing.
at January 19, 2016