Will US Republicans Defeat the TPP? 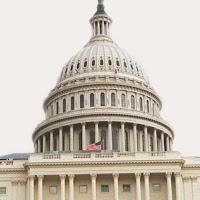 By Richard Katz is editor of The Oriental Economist Report and and APP member. This commentary is adapted from Foreign Affairs, October 7, 2015.

In a surprising development, it is congressional Republicans and a few of their business allies that now pose the biggest threat to the TPP. When an agreement was finally announced on October 5, neither a single Republican leader in Congress, nor any broad business federation could be found to support it. Republican support for the TPP is indispensable since most congressional Democrats oppose it and former Secretary of State Hillary Clinton has just come out against it.

Optimists argue that much of the immediate GOP criticism of the deal is temporary, the result of a misperception by some business sectors, such as pharmaceuticals, that the Obama administration sold them out in order to get a quick deal. But the reality, as one Washington-based business source told me, is that, “Reaching agreement was a case of now or never.” Some of the deal’s discontents, meanwhile, have convinced themselves that they can force a renegotiation, but that is a fantasy. “This was absolutely the best deal the United States could get, given the bargaining situation,” said one business source.

Many people, including myself, have grave reservations about the TPP and, back in May, I had proposed taking more time to fix the flaws (https://www.foreignaffairs.com/articles/asia/2015-05-12/trade-trials). However, that option is now gone. It will either be this TPP or none at all. The question for legislators in all countries is whether the pact’s benefits outweigh its flaws, whether this TPP makes things better or worse, and finally, whether rejection would lead to a better pact down the road, or to no pact at all.

Looming large over the debate in Congress is the immense veto power of assorted well-connected, well-financed special interests. Too many of those who claim to support “free trade” no longer mean a two-way street in which the United States helps promote its own prosperity by promoting that of its partners. Rather, they seek a system in which others open their markets to favored American business sectors, but the United States does not sufficiently reciprocate.

Senator Orrin Hatch (R-Utah), the chair of the Senate Finance Committee, lamented that, “I am afraid this deal appears to fall woefully short.” Hatch is upset because the U.S. pharmaceutical industry did not win its demand for adherence to the U.S. standard of 12 years of data exclusivity (the protection of clinical test data) for biologics Data exclusivity goes far beyond normal patents. Instead, Froman was compelled to compromise. Hatch has warned for months that he might be willing to let the entire deal fail over this one issue. Even more disappointing to the pro-TPP crowd was what one Washington trade expert called “the surprising neutrality” of Representative Paul Ryan (R-Wis.), chair of the Ways and Means Committee and point man for the TPP in the House: “I am reserving judgment.” Perhaps Ryan, regarded as an ardent free-trader, did not want to get too far ahead of his GOP colleagues. But it is worth noting that he hails from the dairy state of Wisconsin… A couple weeks ago, the dairy lobby sent a letter to Congress in which they noted “grave concerns” about a deal that would give New Zealand more access to the U.S. market, but would not adequately open Canada’s market to the United States. Then there’s tobacco. Froman agreed that tobacco products would be exempted from a trade dispute-resolution mechanism, called ISDS. The poster child for abuse of this process is a series of suits by Philipp Morris and R.J. Reynolds against several countries that required plain packaging on cigarettes. For some countries, removing tobacco from ISDS protection was a vital public health issue. However, Senate Majority Leader Mitch McConnell, who hails from the tobacco state of Kentucky, has suggested several times that exempting tobacco could be a deal-killer for him.

Given the divisions among the business community, not a single one of the leading broad-based business federations could come up a positive statement of support for the TPP. Knowledgeable observers expect that these federations will eventually energetically lobby for the TPP.

What is most disconcerting is the one-way street attitude of too many of those who call themselves “free traders.” Some in business and Congress—on both sides of the aisle—contend that the United States is already so open that there is little left to do. This causes resentment among the other TPP countries, who point to a host of issues, some of which the US did not even allow to be discussed in the main TPP talks, “Buy America” provisions of many state procurement laws (a $1.4 trillion market); the protectionist “yarn forward” rule in textiles; the refusal to bring down high import barriers on sugar and dairy; and tariffs on Japanese trucks (25 percent), cars (2.5 percent), and parts (mostly 6-10 percent) that will not be lifted under the TPP for 30, 25, and up to 15 years, respectively.

U.S. leadership rests on others’ perception of it as a benign hegemon. By undermining such perceptions, one-way street notions of free trade pose a far greater threat to national security than any free trade agreement that China could create.
at October 13, 2015