Just what is Japan's postwar? 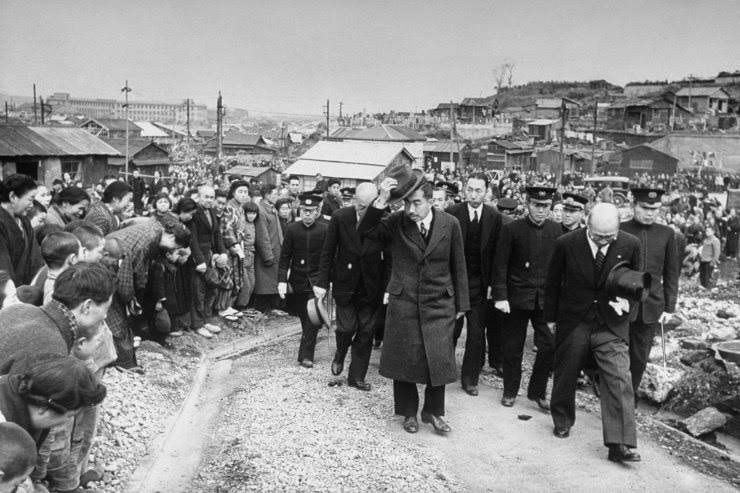 
The ongoing debate in the Diet inevitably turns our attention to the significance of Japan’s 70 post-World War II years.

In his policy speech on Feb. 12, Prime Minister Shinzo Abe called for efforts to revitalize the economy, fix the social security system and rebuild education. He told the nation, “Let us together embark on the most drastic reforms since the end of World War II.”

What does the prime minister’s use of the qualifier “since the end of World War II” here signify? Given Abe’s track record of repeatedly calling for a “departure from the postwar regime” and his unmistakable interest in rewriting the Constitution, we believe his reforms are not so much about reviving the economy and fixing other urgent problems. Rather, it is only natural to assume that the ultimate goal of Abe’s reforms is to transform the very nature of our country that has been shaped over the last 70 years.

But is such a transformation right for Japan? At budget committee meetings and other sessions in the coming days, opposition parties must keep questioning the prime minister to find out what he really wants to do, and engage him in further debate.

Abe is already trying to fundamentally change Japan’s diplomatic and security policies in the name of “proactive pacifism.” His Cabinet has approved Japan’s right to participate in collective self-defense, adopted a new development cooperation charter to extend economic assistance to foreign militaries and eased the nation’s traditional arms exports ban. These are the “three arrows” with which the Abe administration has armed itself to pursue its new policies.

During a recent Diet debate, Katsuya Okada, president of the main opposition Democratic Party of Japan, objected to expanding the overseas activities of the Self-Defense Forces. He told Abe, “The danger of proactive pacifism lies in the fact that it pursues two separate goals simultaneously--Japan’s self-defense and world peace--as if they were one and the same.”

But Abe dismissed Okada’s argument out of hand. “You are mistaken,” he shot back. “Proactive peace diplomacy is what proactive pacifism is all about.”

As one example of a situation where Japan’s exercise of its right to collective self-defense may be anticipated, Abe cited SDF minesweeping operations in the Strait of Hormuz in the Middle East. This is an issue on which Abe’s Liberal Democratic Party does not see eye to eye with its junior coalition partner, Komeito.

Minesweeping constitutes an exercise of armed force if conducted before a truce accord is in place. Is the legislature going to allow this? Komeito has been in discussions with the LDP, but Komeito must make its position clear in the Diet.

Where domestic issues are concerned, the rapidly growing income disparity is starting to change the fabric of society.

Abe retorted, “You cannot tell whether the disparity is really growing.” But who can truly believe and say that there is no inequality under Japan’s current taxation and employment systems?

Under Japan’s parliamentary Cabinet system, the Cabinet is formed by the majority camp in the Diet, which renders it difficult for opposition parties to make the government change its bills and policies.

Still, it is an important role of opposition parties to expose problems and flaws in government bills through debate to enable the public to form informed opinions. And it is definitely not what the prime minister disdainfully refers to as “argumentative nitpicking.”

In this landmark year when “postwar” as a concept could start changing, both the ruling and opposition camps bear a heavy responsibility in the Diet.