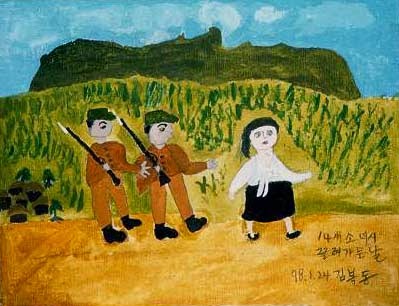 
By Haruki Wada, Professor Emeritus, University of Tokyo and former head of the Asian Women's Fund

Presently, the Japan-ROK relationship is at its worst due to the conflict concerning history issues. Some sensible people believe that if a solution is found to the Comfort Women issue, it may well break [the present diplomatic] deadlock. If so, then we need to verify/validate/inspect in what way the experience of Asian Woman's Fund (AWF), an attempt on the part of Government of Japan (GOJ) to solve the Comfort Women issue, may be drawn upon, and what must be done in order to bring about a resolution [of the issue] now.

As someone who had been involved in AWF since its onset, and served as an executive managing director for the Fund’s last two years until it was disbanded in March 2007, I would like to report the results of the AWF activities and present some suggestions/proposals.

In 1990, the Comfort Women issue was raised from South Korea. [NB: unclear whether the ROK G or Korean people.] The Kiichi Miyazawa Cabinet initiated action on the basis that, while the issue had been settled by the 1965 bilateral agreement, the issue was so grave that they were unable to leave it. Archival research was conducted twice, and interviews of victims, former private agents, and veterans were also carried out. As a result of this, the understanding was established that [Japan? the Comfort Women system?] with the involvement of the military authorities of the day, severely injured the honor and dignity of many women and inflicted incurable physical and psychological wounds upon them. In 1993, the statement of Chief Cabinet Secretary Yohei Kono to offer apology was issued.

Based on this Statement, the Murayama Coalition Cabinet's 50th anniversary of the end of the Pacific War project team agreed to establish the AWF in July 1995. It was a mechanism designed to send out a letter from the Prime Minister, in which the Prime Minister accepts the “moral responsibility” of Government of Japan and to implement projects “as a way to enact the Japanese people’s atonement.” In the letter, the word tsugunai [recompense] was translated as atonement, and meant shokuzai [expiation for sins].

By 2002, AWF had implemented its activities towards the survivors from ROK, Taiwan, the Philippines and the Netherlands. These activities were intended at those women who had been “taken to former Japanese military installations, such as comfort stations, for a certain period during wartime in the past and forced to provide sexual services to officers and soldiers.”

In the ROK and Taiwan there was strong resistance against accepting the AWF funds. They questioned the AWF for offering “ex-gratia payments” based solely on donations raised from the private sector while at the same time the Prime Minister is offering apology as the government. The reference to “moral responsibility” was also criticized as whether we/AWF/GOJ meant to reject “legal responsibility.”

As a result, only 60 survivors in ROK and 13 in Taiwan accepted the AWF activities. Since there were as many as 207 survivors whom ROK government officially recognized as such as of 2002, the number of [Korean] survivors who accepted the fund was far below half that number. It is [therefore] impossible to say that the activities were completed in ROK. The need for GOJ to put in further effort remains.

On the other hand, in the Philippines and the Netherlands, many survivors responded to the offer of “atonement” so far as to make applications, and it was accepted by as many as 211 Filipino survivors and 79 Dutch [75 women, 4 men]. The Filipino survivors were those people who were abducted by Japanese forces, confined in military buildings, and forced to provide sexual services; the Dutch survivors were those who were selected by Japanese military officers out of civilian detention camps and forcibly sent to comfort stations.

Further, in Indonesia [the AWF] provided assistance to [the Indonesian government’s] projects to develop welfare facilities for the elderly. GOJ explained to AWF that this was the request from the Government of Indonesia. It was also explained that nothing could be done with regard to China and North Korea, since the GOJ was unable to come to agreement with China and had no diplomatic relations with North Korea.

Thus, the issue has been left unaddressed ever since the AWF was disbanded. Therefore, the decision of the ROK Constitutional Court in 2011 seemed like a gift from Heaven. President Lee Myung-bak had made a strong request to the GOJ to resolve the Comfort Women issue  and the matter turned out to be such that Prime Minister Yoshihiko Noda promised that Japan/PM would “think hard.” This is the state of affairs that remains even today.
at April 06, 2014