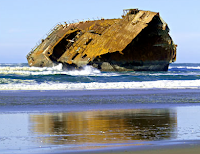 March is shaping up to be a cruel month for the Japanese government. Foreign Minister Seiji Maehara's sudden resignation on March 7 capped a dicey week of falling public support for Prime Minister Kan and political stalemate in the Diet. Kan appears to be the only one who remains optimistic about his handling of the ship of state.

Like the feckless American actor, Charlie Sheen, he thinks he is "winning."

Maehara’s departure for accepting illegal political donations from a foreign national (a life-time resident of Japan but with South Korean citizenship) could be the beginning of the end for Kan. With a divided Diet, critical budget-related bills stalled, and the ruling DPJ beginning to splinter, the opposition parties smell Kan's blood.

The Japanese public seems to have given up on Kan. Losing Maehara at this juncture simply speeds up the inevitable. The foreign minister not only was seen as the heir apparent to Kan, but also was the chief architect of a pragmatic and straightforward foreign policy agenda, that included shoring up the alliance with the US left shaken by Kan’s predecessor, Yukio Hatoyama. Resolution of the Futenma relocation issue, on which Maehara had the lead, could be delayed by his departure, although there may be some welcome breathing space for all concerned.

Maehara was done in by a legal technicality. He received political donations of around $500 a year for five years from a supporter who happened to be a citizen of South Korea. Maehara said he was unaware of the transactions but stepped down over Kan’s entreaties to stay, in order to avoid further turmoil in the Diet, where the opposition LDP was already demanding his resignation. His successor will be chosen later this week, but it is rumored to be Senior Vice-Foreign Minister Takeaki Matsumoto (who is a cousin to the current Japanese Ambassador to the US Ichiro Fujisaki).

Just when one thought things could not get worse for the luckless Kan, they did. Maehara’s departure was preceded by the shocking revelation by former Prime Minister Hatoyama, who recently told the press that he had lied last May in justifying his decision to relocate the Marine air base Futenma to another location in Okinawa. He explained it as linked to maintaining “deterrence,” but he now admits that was an “expedient” excuse. His words outraged Okinawans, destroying any possibility of trust being built between the prefecture and Tokyo over the base issue.

The Kan administration was seen in the press as on the brink of collapse even prior to Maehara’s resignation. The latest opinion polls show the support rate of the Kan Cabinet has plummeted to the 17-20% range.

Collateral damage from Kan’s plunging popularity had already spread to his party. The DPJ used to command a support rate around 40% in the polls, but in the Mainichi’s February survey, its support was down five points since January to 15%. The Asahi’s poll placed party support at 19%. In both surveys, support for the former ruling party, the Liberal Democratic Party (LDP), was five or six points higher than the DPJ. Despite the slight edge, voters are definitely not flocking back to the LDP: many blame it in part for a gridlocked Diet with no legislation being approved. Up to 45% of the electorate remains unaffiliated with any party.

Calls for Kan to step down as president of the DPJ and thus prime minister have already spread across the party. Senior DPJ leaders are reportedly maneuvering to find a successor prime minister should Kan step down.

Kan himself has hinted he may dissolve the House of Representatives for a snap election to counter such calls for his resignation, though whether he is prepared to face the very real possibility of his party's annihilation at the polls just to cling on to his title is debatable. Further, with no party in Japan popular or presenting a decent candidate for the prime minister, it is not in anyone's political interest to press for an election.

Preparations were underway between Washington and Tokyo for a 2-plus-2 meeting of foreign and defense ministers in early May to release a new set of common strategic objectives shortly afterwards. It will be attended by a new and untested foreign minister. The meeting was to be a prelude to a summit meeting that would issue a new joint security declaration. If that now looks to be an optimistic timeframe, at least there is now political space to tackle contentious side issues such as child abduction, trafficking, and child porn, without disrupting negotiations considered more essential in national security and finance. These social values-focused issues, long said to be at the heart of the Alliance, are now the focus of the US-Japan relationship.