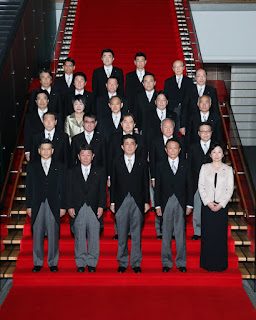 Do you know who's who in Abe's 4th Cabinet?

Shinzo ABE  reshuffled his Cabinet on November 1, 2017. This was the fourth time since he was elected Japan’s prime minster for the second time in December 2012. Abe is the first prime minister to launch a fourth Cabinet since October 1952, when then Prime Minister Shigeru Yoshida did so.

The ruling Liberal Democratic Party’s (LDP) landslide victory in the general election held October 22, 2017 gave Abe the confidence and stability to present a new cabinet barely three months after his last redo. The average support rate of the 4th Cabinet has been 43 percent and non-support 41 percent. The LDP’s support rate during this period averaged 40 percent.

To examine how Abe may organize his next government and again reshuffle his Cabinet, we present you with a directory and analysis of the members of his Administration or greater cabinet. It is designed to be a reference by both ministry and last name.

The current 4th Cabinet after some minor changes this year due to scandal is his most conservative. There are nine pages of charts, tables, and graphs to help you visualize the extent and depth of the ideology of Abe’s cabinet members.

This 90-page report is free to Asia Policy Point members and congressional staffers.